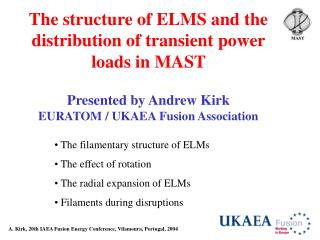 The structure of ELMS and the distribution of transient power loads in MAST Presented by Andrew Kirk EURATOM / UKAEA Fusion Association. The filamentary structure of ELMs The effect of rotation The radial expansion of ELMs Filaments during disruptions. First evidence for radial efflux. Power Management 101 By Jeff Dunker 2-11-06 - . power management is energy management over time. unless the power source

CHAPTER 13 Transient Temperature Measurement - . the true meaning of a term is to be found by observing what a man does