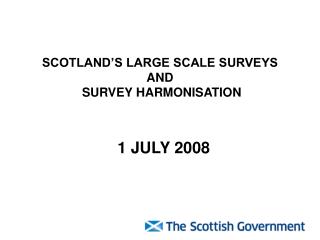 Pilot Plant Scale-up of Injectables and Liquid Orals - . “make your mistakes on a small scale and our profits on a

Large Scale Integrated Circuits - A little history in 1942, in the university of pennsylvania's moore school of

SDSS - . the sloan digital sky survey. mapping the universe. the sdss is two surveys. the fuzzy blob survey. the squiggly

An introduction to borehole surveying - Who need surveys anyway? run an electronic multi-shot survey tool without