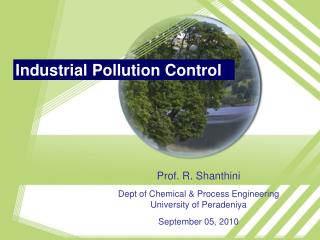 Pollution Control - . outline. topics from lecture: overview problem (the problem from section is posted in the handout