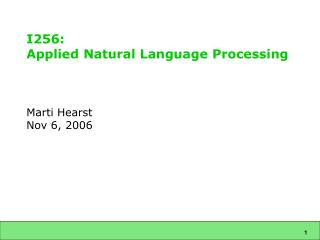 Natural Language Processing COMPSCI 423/723 - . rohit kate. pos tagging and hmms. some of the slides have been adapted