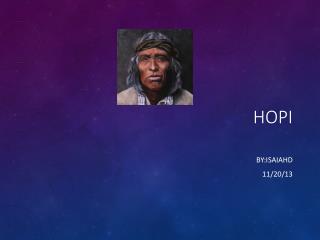 Hopi - . of the southwest. ss4h1 the student will describe how early native american cultures developed in north

Hopi - . by: omri shachar yoav steven. . the hopi lived in northern arizona. a r i z o n a. lifestyle. *the hopi ate and