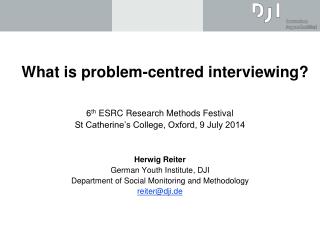 Motivational Interviewing - . what is it? why use it? how to learn it?. agenda. what it is and isn’t (briefly, more

The Longest Common Subsequence Problem and Its Variants - . 楊昌彪 中山大學資訊工程學系

Introduction to Problem Solving - . programming in c. problem solving. how to get the computer solve a problem?. describe