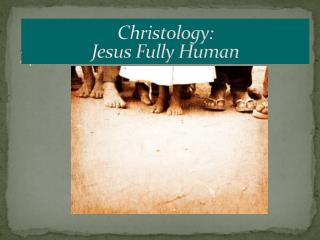 . Christology: Jesus Fully Human. . Theological Considerations. FAITH CLAIM: Jesus of Nazareth, called Christ is FULLY HUMAN Why this claim? What does it mean? Kid's For Jesus - . the kid's church of what's happening know!. god wants us to open the door and let him in. are you a

The Unity For Which Jesus Prayed - . in a religiously divided world, is it possible for jesus’ followers to be unified

C.The Quest of the Historical Jesus - . the original quest. c.1 the enlightenment. 1. terminological note:. the phrase

Welcome to OUTGOING - . jesus is lord! creation's voice proclaims it, for by his power each tree and flower was planned

The Identity &amp; Resurrection of Jesus - . apologetics. did jesus live on earth?. the apostle paul persecuted the

Jesus in Prayer - . jesus teaches his disciples about prayer. jesus in prayer. what is prayer? if the bible is god’s

Look to Jesus - . today’s focus: be like jesus. opening prayer. in the name of the father, son, and holy spirit. dear

Victory in Jesus I heard an old, old story, how a Savior came from glory, - How he gave his life on calvary to save a

Jesus and the Will of God - . what does it mean to “follow in the steps of jesus?”. we could look at the specific