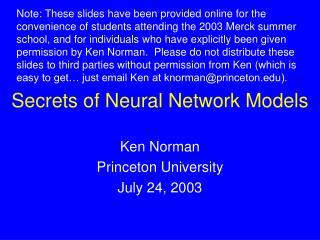 Artificial Neural Network Models of Real Neural Computation - . minus times minus equals plus: the reason for this we

Neural Network - . biological systems are able to react adaptively to changes in their external and internal environment,