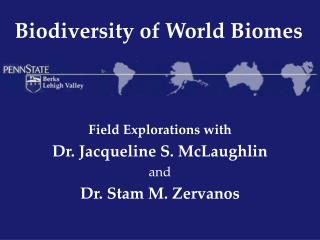 HOT DESERT BIOME - . option 7: geoecolgy. what is a biome. biomes are unique natural world regions which are controlled

biology - . 4-3 biomes. biomes. a biome is a complex of terrestrial communities that covers a large area and is

World Biomes - . follow along with your note packet to add/modify any notes you took as you read the chapter. tropical