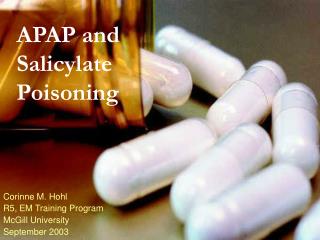 in the Emergency Department Acetaminophen and Salicylate Ingestions - The oral overdose patient. in the emergency

Lead Poisoning in Children and What you can do in your practice - This is a self-learning module. you can proceed at your

Management of Acetaminophen Toxicity - . history. synthesized in 1877 in u.s. extensive use began around 1947 initially