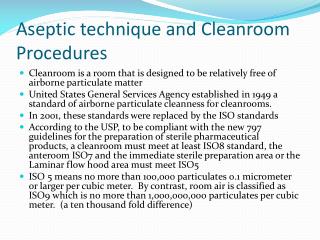 IV Admixture - . introduction:. the preparation of parenteral admixture usually involves the addition of one or more

Aseptic Technique and USP 797 - . definitions asepsis is the state of being free from the presence of pathogenic