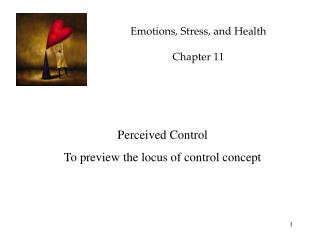 The Stress Emotions: Anger and Fear Chapter 5 - . “ to be free is not merely to cast off one’s chains, but to live

Emotions and Stress - . understanding your emotions . emotions – signals that tell your mind and body how to react.

Emotions and Stress - . what does it mean?. what are some types of emotions?. raise your hand ……….name types of

Emotions and Stress - . chapter 12 lecture 13. emotions. feelings that generally have both physiological and cognitive

Emotions, Stress, and Health Chapter 11 - . stress symptoms introduction to the nature of stress and the broad range of

Emotions, Stress, and Health - . emotion. purposes? a safeguard of survival an enrichment of experience a powerful