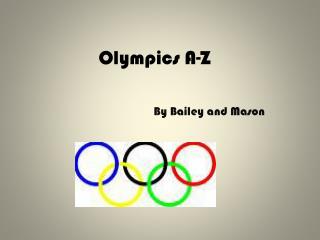 Olympics A-Z. By Bailey and Mason. A is for Assistant Captain. In hockey the assistant captain that is able to talk to the referee. The assistant captain also helps the captain. B is for Bobsleigh. A sled that fits four people and is on skiis . You go down hill while trying to beat times.

Blind sea captains and sunken treasure: exploring the NSS through the eyes of ‘Captain Cat’

Cable Skiing - . by :jasmine papadopoulos. what is cable skiing?. there is a cable attached to some metal bars the same

Skiing in Austria - . stephanie smith . austrian climate . the greater part of austria lies in the cool/temperate

Captain James Cook - . elizabeth cook gave birth to james cook on the 27 th november 1728, he had seven siblings. nobody

Shayla’s Wiccan Wonders - . witch way will you wander?. goal of business. educate the public on beliefs of wicca reveal

Olympics for Seniors - Brussels hosted its first "olympics for seniors", giving locals aged between 75 and 96