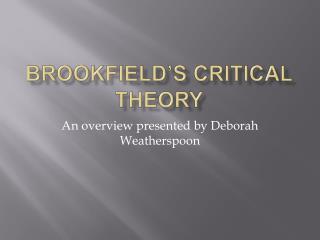 Theory/Critical Lens/Readings - . nothing “right” or “wrong” about different theories ways of looking at the