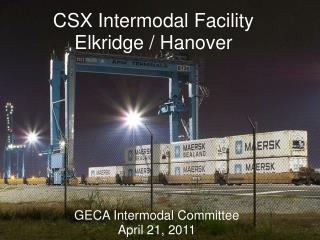 CSX Intermodal Facility Elkridge / Hanover. GECA Intermodal Committee April 21, 2011. THIS FACILITY DOES NOT BELONG NEXT TO THIS MANY HOMES. Elkridge should be removed from the list of sites immediately. We ask you, our elected representatives, to accomplish this. Revolutionising Facility Management Services Through Internet of Things - Is Your Facility Ready? - Presentation at

Chapter 6 Process Selection and Facility Layout - . what is designing a television? tv at rangs making sandwiches!.