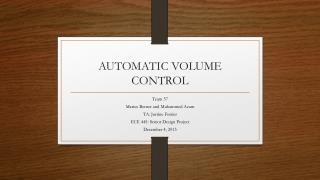 Automatic Control - . mike robinson. you can measure the distance from the rc car to some target . what could your

Automatic Lamps Control - . design the state machine to solve the next problem a customer is requesting a new