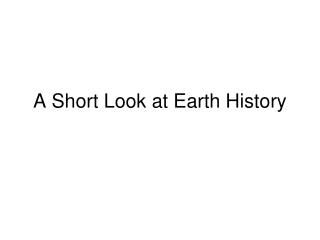 NOTES: CH 25 - The History of Life on Earth - . history of life. eras. boundaries between units in the geologic time