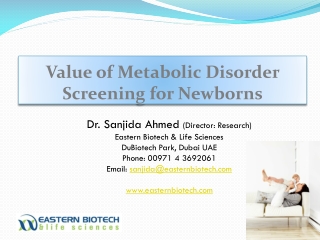 Newborn Screening for Critical Congenital Heart Disease - . education for nurses. why do we need to screen?. the purpose