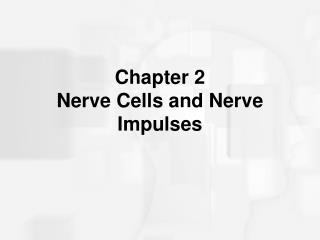 Chapter 2 Nerve Cells and Nerve Impulses. The Cells of the Nervous System. The human nervous system is comprised of two kinds of cells: Neurons Glia The human brain contains approximately 100 billion individual neurons. Behavior depends upon the communication between neurons.

Chapter 35-2 - . nervous system. structure of the neuron. neurons come in all shapes &amp; sizes have common

Neuron Description and Nerve Impulses - . neuron: cells of the nervous system specialized to transmit messages throughout

Chapter Two Nerve Cells and Nerve Impulses - . what, then, is the brain? the brain, perhaps the most complex system.

Nervous System: The Neuron and the Transmission of a Nerve Impulse - . why do animals need a nervous system?. what