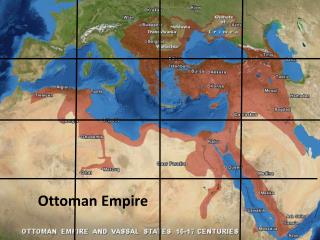 Ottoman Empire. The Ottomans. The Ottoman state began as one of many small Turkish states that emerged in Asia Minor during the breakdown of the empire of the Seljuk Turks.

Week 23 - . please pick up the handout , a textbook , and take out lined paper word of the day= militarism use = ottoman

Turkey - . link to syllabus. link to wdi. link to encyclopedia of the orient. orhan pamuk and sevket pamuk. link to text

The Crimean War and Italian Unification - . causes of the crimean war the ottoman empire granted catholic france rather

Turkey and The Ottoman Empire - . by susan