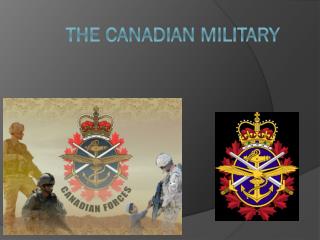 Halton Canadian Forces Co-op - . the military cooperative education option. what you need to know. the basics:

If the Military can do it: Why can’t we? How the Canadian Forces does “it”! - . presented by: lcol susan groves

The Canadian Home Front During WWII - . women during wwii. actively involved in military 1941 formation of cwac

Canadian Military 101 - . becoming an expert in 12 minutes. introduction. how large is canada’s military? what makes up

Canadian Forces Base Borden - . simcoe county council – 27 january 2009. objective. to provide you with a brief

What is the Canadian Health Network? - Welcome to the canadian health network workshop www.canadian-health-network.ca