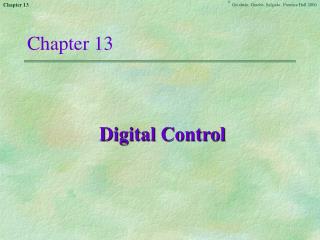 Chapter 13. Digital Control. Chapter 12 was concerned with building models for systems acting under digital control. We next turn to the question of control itself. Topics to be covered include: