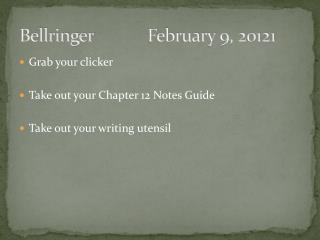 9-9 - The quadratic formula and the discriminant. 9-9. warm up. lesson presentation. lesson quiz. holt algebra 1. warm up

2012. 9. 9 - Ecological urban management of a buffer zone by ecosystem service function: the example of bukhansan

Genetics: 9/9 - . don’t forget quiz today at end of class and to write your name on the side and top of the scntron .

Theorem 9-9 - . the measure of an angle formed by two chords that intersect inside a circle is equal to half the sum of