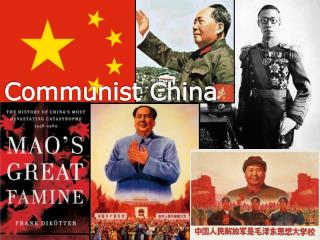 Communist China. China’s Last Emperor. 1912 – Puyi , the last Emperor of China , stepped down from his thrown. This brought an end to the Qing Dynasty . Civil War in China. 2 Sides 1 - The Nationalists , led by Chiang Kai-shek. 2 – The Communists , led by Mao Zedong.

Education, Rustication and Communist Party Membership: What Pays? What Does Not Pay? - . hongbin li junsen zhang (others)