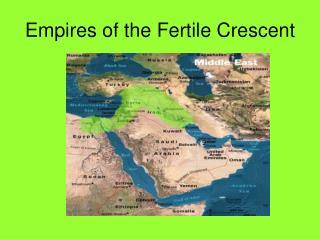 Empires of the Fertile Crescent. Fertile Crescent. Strip of fertile land begins at the Sinai Peninsula and arcs through Southwest Asia to the Persian Gulf. One of the most fertile places on Earth. Birthplace of Agriculture. Tigris and Euphrates River. ECOLOGY - . bio.b.4. ecology. ecology – the study of interactions among and between organisms and their environment.