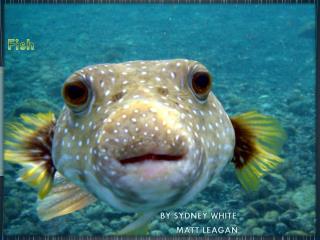 Fish Evolution Part 2 - . * fish were the first vertebrates * tunicates link the invertebrates and vertebrates. water in.

Are Fish in Hot Water? - . presentation to the climate impacts group university of washington november 9, 2004. john

Osteichthyes - . osteichthyes. means fish with bony skeletons there are over 20,000 species of bony fish. where do most

Fishing - . world dependence on fish. fish account for 15% of world protein supply one billion people rely on fish as

Zoogeography of Fishes - . patterns and processes in the distribution of fishes (i.e., what causes certain fish species

The FISH! Philosophy - . catch the energy. release the potential. • play • make their day • be there • choose

Freshwater ecosystems and fish - Fish in freshwaters of the world. because freshwater systems often act as a sink for ...

Fish Online Delhi - When you shop for your fish products from fish online delhi services, you totally avoid the crowd.