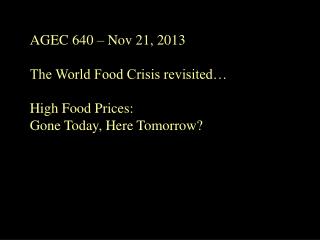 Around the World in FACS - . an introduction to cultural cuisine compiled by hvne-nysafcse. cajun food, usa!. by stefanie

Chapter 1 Introduction - . population and food production. increasing population needing to be fed will fuel interest in