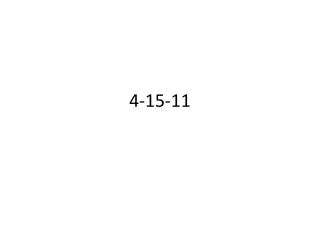 8/15/11 - . reaction time responding to road hazards. do now:. the state of colorado recently passed a law stating that

February 11-15 - . allegories/symbols. do now. librarians pass out all reading materials do now: how can an author’s

15/11/2011 - Linked heritage : coordination of standards and technologies for the enrichment of europeana.