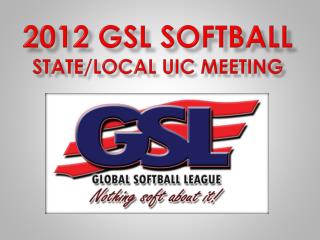 SOFTBALL - . at westfields sports high school click slide to advance to the next. our open stars. from left to right back

Mob Mentality - . a large group of people who share a common cause or interest, and who engage in behaviors they

Wisconsin Partnerships State, Local, and Tribal Governments Working together to save money and improve services.