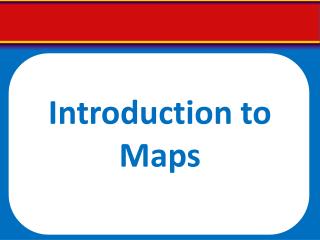 Introduction to Maps. What is a Map?. A map can be simply defined as an abstraction of the real world that is used to depict, analyze, store, and communicate spatially organized information about physical and cultural phenomena.

Scales and Maps - . what is scale?. a scale on a map is the relationship between the physical object and the feature that

Introduction to OS maps - Learning objective: to be able to use four and six figure grid references to be able to

Cartography - . the art and science of maps. Çatal hüyük , 'the forked mound‘ 6200 bc. babylonian map of the world.

Mind Maps - . an introduction nancy newton 2011. quote from mind map creator tony buzan …. “whoever, wherever, you

Introduction to Maps - . what is a map?. we usually think it has to do with just geography map: n, a diagrammatic

Cartography I - . lecture 1. cartography i. history of cartography map scales and content symbolisation introduction to

Introduction to the Karnaugh Map - . alan clements. karnaugh maps the karnaugh map , or k-map , is a graphical technique