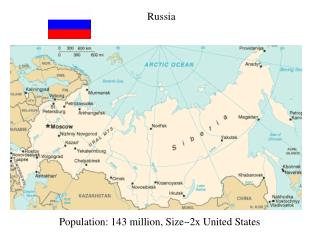 RUSSIA: - . economic and political overview. goals :. to enquire basic knowledge about russia and russian economics to

Russia &amp; Peter the Great - . russia is a riddle, wrapped in a mystery, inside an enigma. russia . background

RUSSIA - . chapter 2. topics geopolitics of the “heartland” global warming in the arctic from czars to soviets to

The Rise of Russia - . objectives. understand how geography influenced the rise of russia. describe the growth of kiev.

Transition in Russia - . russia’s failure in wwi and the entry of communism. reasons for russian defeat in wwi. 1.

Problems for Russia - . i russian effort weakened. a. by 1917, russia had lost more men in 3 years, than in the

Revolution in Russia - . what happened to russia d uring ww i?. background: just read…. in the first half of the 1800s,

Russia: - . the wannabe west. keep it in order!. russian expansion under the early tsars 1462-1598. russia under peter

Russia - . by : lap. what is food like in russia?. what are some differences between the food in russia than america?.