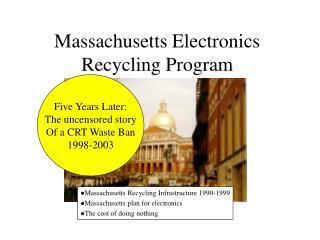 Electronics Recycling - . a partnership. selecting a partner. the process began in august of 2001. a request for letters