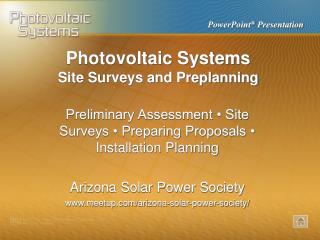 What are the Solar on Grid Systems - On grid solar pv systems are also referred to as 'grid-direct systems', 'solar grid PHOTOVOLTAIC SYSTEM SOLUTION - . cables. all kind of cable are available, for special requirement and regular

“SOLAR’S ON THE MOVE” OFF GRID PV SYSTEMS FOR RURAL ELECTRIFICATION, BACK UP POWER, OUTDOOR AND RECREATIONAL