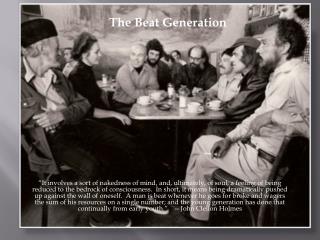 The Millennial Generation: From the Classroom to the Workforce, What Can We Expect - . terri manning bobbie everett

WHAT IS EXISTENTIALISM? - . understanding the “burning question” of the 1940s and beyond.