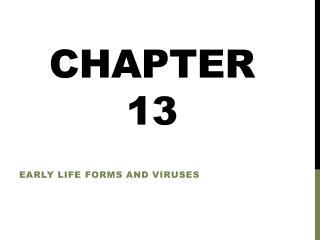 Chapter 13. Early Life Forms and Viruses. Though we never think of micro organisms (like bacteria, protists , and viruses) unless we hear about them making someone sick, most of these organisms are not harmful.