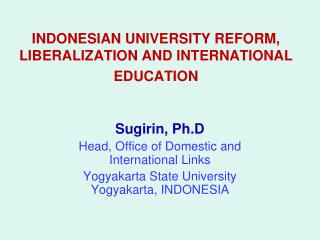 Office of International Education - Maximize your experience ... piercing the bubble by engaging the globe. office of