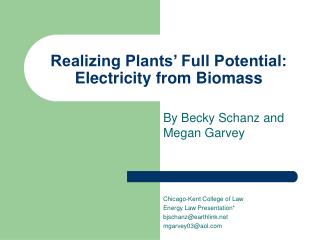 How do you use plants? - . since plants are so familiar, we may overlook how vital they are to human life:. how you use

Hazards of Electricity in Construction - . overview of the hazards of electricity and how to avoid them. december, 2010.

What is botany? - . the scientific study of plants. what is a plant?. what distinguishes a plant from other forms of

The Next Generation of Work for Diversity in Our Academic Health Centers: - . david acosta, m.d., faafp chief diversity

Chapter 22 - . the firm: cost and output determination. introduction. the last commercial nuclear reactor plant in the