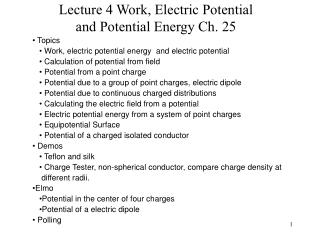 Work and Potential Energy - . we had earlier looked briefly at describing potential energy and more substantially at

Diffusion Osmosis Lab - . osmosis. osmosis = the movement of water molecules from a region of higher water potential to a