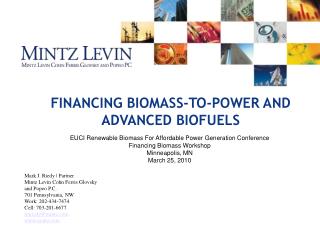 Chapter 5 Advanced Program - . review game. 1. the magna carta was a document that. a. shifted the power from the

Bali Biomass Gasification Power Plant 10MW - . who are we?. the project has been jointly developed by: pt. indo asia

Biofuels and Carbon - A viable energy strategy for reducing carbon emissions? . . . or “are we drinking the