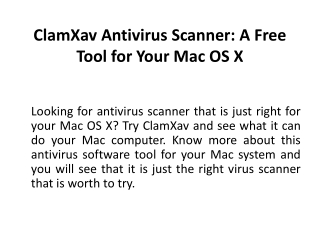 ClamXav is a product line of Sentry that has the ability to protect you folders and files for any changes that will be made to its content.