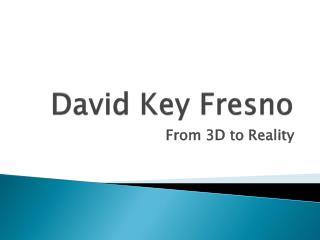 David Key Fresno has more than twenty years of work experience as an entrepreneur, technologist and dynamic, innovative leader. David will today take us to 3D tour. From Vision to Reality - . ribbon cutting july 9, 2008. 250 supporters celebrated. it’s not about building a home of

From Requirement to Reality - . how to set up a t stem advisory board. what would you like to know?. benchmark 1.2 c. the

From Rhetoric to Reality - . dr chris sarra www.strongersmarter.com.au. rhetoric says what it needs to on understanding

From Invention to Reality - . necessity is the mother of invention – is this so ? do you have a unique idea ? what is

3D Viewing ( From 3D to 2D) - . some of the material in these slides have been adapted from the lecture notes of graphics