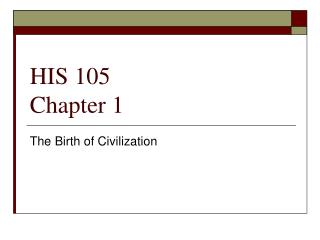 HIS 105 Chapter 5 - . republican and imperial rome. rome. one of the most successful empires in the world began as a

Chapter 105 - . drugs for the ear. anatomy of the ear. the external ear auricle or pinna external auditory canal (eac)

Psalm 105:1-3 - Oh give thanks to the lord; call upon his name; make known his deeds among the peoples! sing to him,

HIS 112 Chapter 24 - . world war i. foreign policy of theodore roosevelt. took over the building of the panama canal from

His 112 Chapter 17 - Movement west. before civil war, many had ventured westcalifornia was a popular destination because