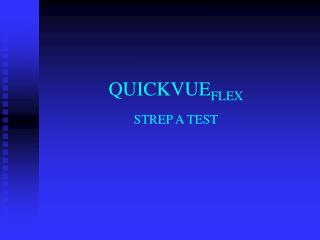 Flex Your ILLiad Muscles: Maximizing the Strength of Your Online Web Presence - . logan rath , the college at brockport

Test Development - . why develop a new test?. meet the needs of a special group of test takers sample behaviours from a