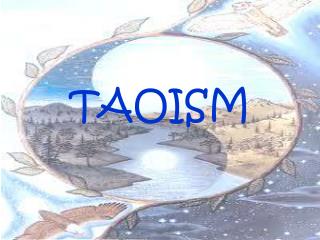 TAOISM. - Taoism is one of the great religions of the world. It is an Eastern religion/philosophy with perhaps 225 million followers. Taoism is much like the history and culture of China. I t remains strong and pertinent to the world today. Taoism. The History of Taoism. Warm Up: - . who united the israelite tribes, and established jerusalem? how &amp; why? describe diaspora and its

Daoism - . the word taoism is the older form of the religion. founded by laozi in the fourth century b.c.e. the dao

Paths to Enlightenment - . by the buddhist, the jew, and the christian. there are an amazing 20 plus different major

Religion and Dogma - . what is dogma?. ism(s). what is an ism? ideology... theism: there is a god, usually one god

Taoism - . scriptures. contrary to the popular opinion, the earliest taoist scripture is not lao-tzu’s text the tao te