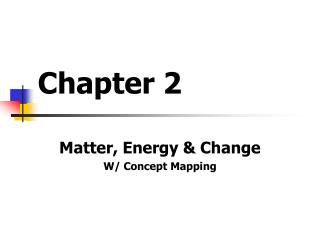 Chapter 2. Matter, Energy & Change W/ Concept Mapping. Chapter Objectives. TSW be able to apply the skill of concept mapping as a means of organizing the classification of matter system.