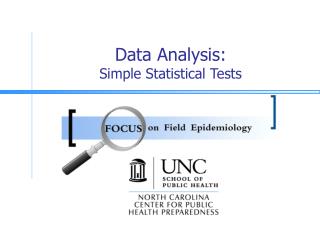 Data Analysis: Simple Statistical Tests. Goals. Understand confidence intervals and p-values Learn to use basic statistical tests including chi square and ANOVA . Types of Variables. Types of variables indicate which estimates you can calculate and which statistical tests you should use