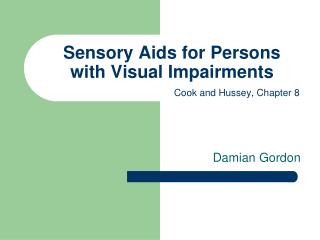 Sensory Aids for Persons with Visual Impairments. Cook and Hussey, Chapter 8. Damian Gordon . Recall from a previous lecture. What is Assistive Technology?. HIV/AIDS Stigma &amp; Access to Care - . a program funded under a cooperative agreement grant by the health resources

The Link Initiative Youth HIV/AIDS education and awareness - . where is the highest percentage of hiv cases in the world?

AIDS Defining and AIDS Associated Malignancies - . objective: think about concepts you don’t think about in your every