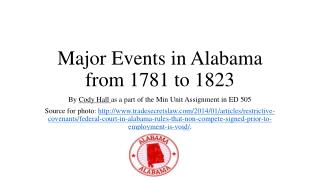 This is my Mini Unit Presentation for the Explanation phase of the project. The following presentation includes information regarding the state of Alabama during 1781 to 1823.