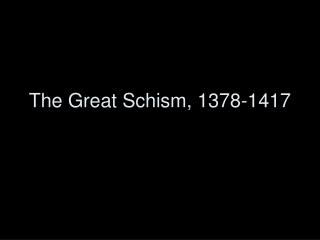 Corruption in the Medieval Catholic Church - . what forms of corruption existed?. popes used excommunication to force

Protestant Reformation Problems with the Catholic Church - Respond to preview : think about your school and some

RECOVERY &amp; REFORM OF THE CATHOLIC CHURCH - . obj : what issues led to reform in the church &amp; how

The High Middle Ages - . and the transition to the renaissance western civilization – january 11, 2013. section 4

Avignon - . by ayesha zaman. map of avignon. avignon’s places of interest. ramparts they were walls built to protect

The High Middle Ages - . world history chapter 14. the crusades. started off as a military campaign against islam then