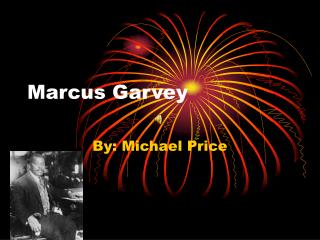 Marcus Garvey. By: Michael Price. Early Life. Born 1887 in Jamaica. He was the only child in his family. He was an admirer of Booker T. Washington. He immigrated to Harlem when he was 28. When he arrived in America, he became a Black Nationalist. Life Story. Marcus had no children. Marcus Garvey - . who was he? what was his impact on the “new negro” movement?. marcus garvey’s rise. garvey

Marcus Garvey - . “africa for the africans”. “liberate the minds of men and ultimately you will liberate the bodies

Marcus Garvey &amp; the UNIA - . by: lara cornelius. critical race relations. do now:. read out loud a portion of an